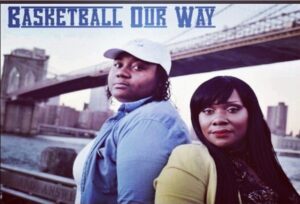 Basketball Our Way is the product of a former college athlete and a basketball mom. Both natives of Brooklyn have grown to love the game and even more through each other. Evelyn (mom) attended Thomas Jefferson high school where she studied law. She has always had a passion for music since her childhood watching her father and uncles in a very popular gospel group. Evelyn then became a mom and made it a full time job to raise and be there for her kids. Her love for basketball started when Shelby ( daughter) started playing when she was 6 and went onto play at south shore high school and even in college at Monroe community College. After playing two years in college Shelby decided she wanted to coach basketball and educate the youth through sports. Evelyn and Shelby’s love and knowledge of the game has grown over the years and turned into a hot new show called Basketball Our Way …

And then there were two!

Who won the trade deadline?