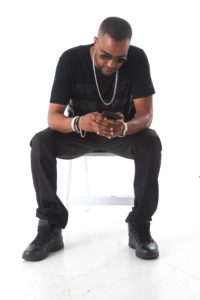 Rapper. Model. Actor. Radio Personality and now one of the Executive Producers of the “We Say What They Can’t” Internet Radio Empire. Michael “Pyro” Marshall.

Born and raised in Brooklyn, New York, at an early age, Pyro discovered his love for the arts and being on stage. His spirit naturally led him to music, more specifically, the world of Hip-Hop. He began to write rhymes at the tender age of 10. His quick wit and reputation for always bringing that heat – quickly earned him the street name of “Pyro: The Fireman”.

Gearing up to master his craft, as a young man, he attended LaGuardia High School of The Performing Arts where he majored in Acting. Pyro’s talent, handsome features and “go-get it” mentality landed him numerous roles and appearances on prime time shows such as All My Children, Independent Movies for various Film Festivals across the country, Stage Plays, Made-for-Television After-School Specials and commercial print ads. Never turning his back on his first love, Pyro consistently worked on his music, grabbing the attention and eventually, a production deal from Def Jam Records in the late 90s.

Life was good. Pyro was a college student, a working actor and a musical prodigy in the making when life took an unexpected turn. As a child, Pyro was diagnosed with an asthma condition but he managed to maintain stable health; Never one to complain or enjoy a visit to the hospital, it was quite surprising when one particular day, he told to his mother that he was having difficulty breathing and wanted to be taken to the hospital immediately.

Upon arrival, emergency room doctors treated him, as they would any person coming in with an ailment as common as asthma. They gave him air pumps to aide in his breathing but to everyone’s surprise, his breathing got worse with every inhale. “The last thing I remember is gasping for air, grabbing at walls of the hospital, and then it was all black” Pyro recalls. “I guess I passed out.”

Doctors went straight into action, diligently administering CPR before Pyro flat-lined. Pyro’s mother unable to cry by the shock of what was taking place, looked on in horror and in complete disbelief as she heard the long and steady beep of a heart that had stopped beating. Then came the words she will never forget… “He’s gone…We’ve lost him.”

Fueled by anger and the passion of a mother’s love, Pyro’s mother began administering her own form of CPR. Pounding on her son’s chest, she prayed out-loud, yelling for him to BREATHE, and by the grace of God… Pyro took one hard, short, labored breath, giving doctors the sign they needed to jump back in.

“Doctors told me that I had died and that I was in induced coma for two weeks before I woke up. I couldn’t believe it… Thanking the Lord every day for my life, I know I’m here for a reason! There’s something that happens to you when you know it could have went down differently. You’re more grateful. Humble. You pray. You go harder for your dreams and you love harder too. My kids are everything to me.”- Pyro

The dream is forever living and the hustle never stops for this father of three. When Pyro isn’t on-air interviewing the hottest stars and up-and-coming artists, he’s producing entertainment events, managing local talent and creating platforms of opportunities for the heard and unheard to have a voice in these streets.

His take on life:

“There is no such thing as something for nothing. In this life…You want it all? Give it your all.”